The Elephant Memory! Increasing Your Own Memory Through Gut Feeling Awareness! 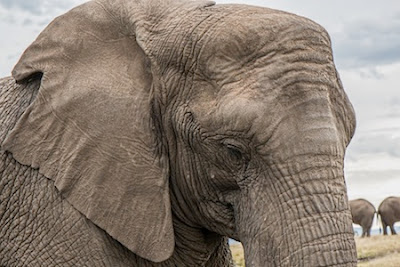 Science has shown that elephants do have excellent memories that decode and identify survival skills and imprint important data to be used later when needed. And for the elephant, this memory seems to increase with age and experience, leaving the younger of the herd at risk if the elders are captured or killed by poachers. Let's talk now about how we humans can improve our memory retrieval system through awareness of gut feelings and body-mind unity, a process that can be used at about any age and is one that may certainly increase our health, longevity, and the connection to the awareness of our inner Nature.

So much has been studied recently on memory and aging, on restoring memory and using brain scanning to determine how a variety of modalities to connect body and mind work (for instance meditation and hypnosis) and how they reduce stress. Stress has been found to be one of the main reasons for disease, including alzheimer's, confusion, and loss of memory. Over-secretion of stress hormones may impair long-term delayed recall memory.

For decades we shared our experiences of using the Somatic Reflection Process with hundreds of people in counseling who were experiencing such high stress and confusion that they were having a difficult time making life decisions, particularly concerning career choice and relationships. By centering on the gut feelings of emptiness and fullness (and we are not talking about hunger but instead the feelings that are associated with the two human needs of acceptance and control of one's own responses and the impact of life upon us), and assisting the person to go back in time with their feeling awareness, people were able to be conscious of repressed feelings and examine the impact life had upon them with a clearer view than they did at the time of the actual experience. The gut feeling awareness seems to be the key to our stored feeling memory and most people using the Somatic Reflection Process will remember things they never thought of past the moment of the experience, particularly if it was a traumatic experience or one in which stress was experienced.

And how is this possible that the gut is the key to stored memory? Why is it that by somatically reflecting on the gut response, we can have access to our stored memories? Through electro-chemical communication, neurotransmitters send signals from one neuron to another in your nervous system. One theory is that when we allow ourselves to feel into our gut feelings, we send these signals that restore the synapses in the part of the brain that holds feeling memory. These feeling memories that we have long been suppressing are then called to connect like a magnet to these signals. So when we become aware of gut feelings, we invite hidden memory to emerge to our consciousness, transforming and uniting the body and mind, often for the first time.

And why is it so important to connect the gut and head brains, to restore memories, many of which we may be just as happy not to remember? Why? Because ultimately it is only through this connection of body-mind that we begin to make what is unconscious to become conscious,  that we become more self aware, that we find our deepest wisdom and reduce the stress of carrying the burden of misconceptions of who we are and who we are not. And only through understanding ourselves and accepting ourselves can we know and fulfill our instinctive needs that lead us on the path of happiness, fulfillment, and gives us a blueprint for making successful life-decisions.